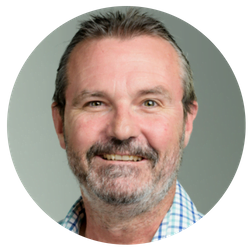 I remember like it was yesterday. Our state manager had come into our branch and was having a motivational pow-wow with the branch’s leadership team. Thinking back, I didn’t really note how stressed he appeared, Daryl was always on edge but kind of aloof. But that day was different. He wanted to be motivational, he wanted to ramp us up, he wanted his state to be “bulletproof”. I have since come to recognise that day the first I become specifically aware of politics in business.

Building bulletproof teams are not built using the approach Daryl used. They are not built politically, they are built from continuing performance.

What become obvious, at a national event for our business,  was the obvious friction between Daryl our State Manager, and Mark the National leader. It was clear for all to see, public disagreements, public corrections, belittling behaviour. It was clear that Daryl was on the outer and Mark had no problems highlighting that to us. It was ugly.

The plea to build a “bulletproof team” was a last minute cry for solidarity, a plea that was delivered too late, a plea built to build strength politically and not from performance. It was a plea that didn’t work. Daryl left the business a short time later.

And it starts with you. Drive your own performance and be the best role model. That’s your first priority. Be the example your team needs. Set the standard, set the attitude, lead by example.

Only then should you then look at in terms of setting goals and standards for the team. Set targets and monitor them, acknowledge success, appreciate the effort and create an engaged culture where recognition is genuine and deserved.